The Hawks saw the ball well, racking up seven hits in the game. Mason Spivey went 3-for-4 at the plate to lead South Georgia State in hits, earning two doubles. Matt Warren followed up with two hits, one of which was a double. Adam Echols one hit was also a double.

South Georgia State secured the victory thanks to five runs in the third inning. Anthony Calabro, Logan Roberts, Carlos Hernandez, Warren and Spivey all contributed in the big inning with RBIs. Spivey led with two RBIs.

Grant Adams earned the victory on the mound for the Hawks. He allowed two hits and zero runs over three and two-thirds innings, striking out four. Wes Lott and Alex Muns entered the game out of the bullpen and helped to close out the game in relief. Muns struck out the final Ed Waters JV player to finish off the game.

Roberts also led with RBIs at three followed by King with two. Hunter Goff was recorded with one RBI. Eric McCall, Roberts and Goff each earned a stolen base.

Matt Grizzle earned the win for South Georgia State. He lasted three innings, allowing two hits and one run while striking out three and walking zero. Mikah Gustavson recorded the last two outs to earn the save for the Hawks. 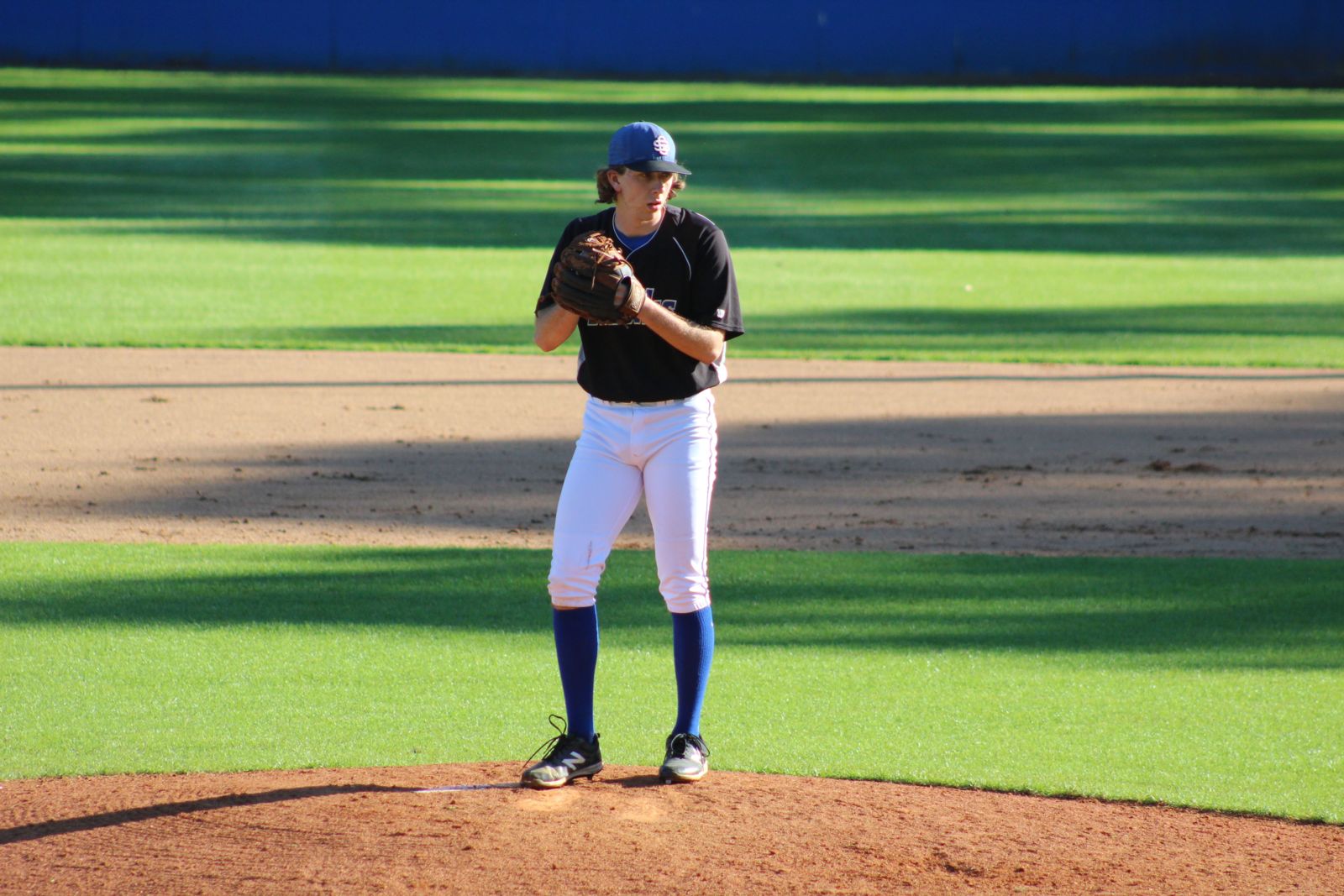 Grant Adams earned the win for the Hawks in a shutout victory in game one of the doubleheader.