At the conference, both SGSC chapters were awarded five star status in the chapter development plan, the highest ranking that can be received. This plan, which reflects the scholarly ideals of Phi Theta Kappa, serves as a blueprint for developing a strong chapter and for earning local, regional, and international recognition. Participation encourages excellence and recognizes progress in the attainment of goals set by the chapter. Of the thirty chapters in Georgia, only seven reached five star and SGSC's chapters made up two of those.

The conference is a time of fellowship, learning and recognition for the members. Diamond Wallace says, “I really enjoyed the regional conference. The trip to the Coca-Cola and Civil Rights Museums were great learning experiences. I’m super excited about the international convention Catalyst, I can't wait!”  Alexandra Cardiel also had high praise. She explains, “The Georgia Regional conference was an amazing experience. The speakers at the conference discussed very interesting topics. One of Georgia’s PTK alumnus and a radio personality in Atlanta spoke on human trafficking and really opened my eyes to the definition of human trafficking. Our Division II Vice President also presented a very well prepared talk on diversity which I believe was very adequate for current times.”

Each of SGSC’s chapters was awarded a Theme Award for their Honors in Action project. By participating in a chapter’s Honors in Action Project, members have opportunities to apply learning and practice real-world problem-solving by developing an in-depth, action-oriented project related to research of an Honors Study Topic. Students were also able to tie in their projects with the SGSC’s research symposium held at the college spring and fall semesters. With this recognition, the chapters are now eligible for an award at the national level during the Catalyst Conference for Phi Theta Kappa in Kansas City, Missouri in April.

Individual awards went to Alexandra Cardiel with the Sarah Anne Staples award and to Zac Elz with the Hall of Honor award. Advisor Amy Hancock received a Distinguished Advisor award. The Alpha Rho Omega chapter was elected to serve as the presidential chapter for the Georgia region for the 2018-2019 term and be the host chapter for next year’s spring regional conference.

Kathryn Mancil was selected to receive the student scholarship to attend Honors Institute at Villanova University in Pennsylvania this summer. The scholarship covers the registration fee, lodging, and meals. Honors Institute is known as the crown jewel of Phi Theta Kappa programming and will include guest speakers and training for advisors, members, and regional officers. Kathryn is a dual enrollment student from Coffee High studying early childhood education at SGSC. In her application essay, Kathryn stated, “By attending the Honors Institute, I will be allowed to further grow as a young adult and future teacher with an open mind to the changing world around me.”

Phi Theta Kappa Honor Society, headquartered in Jackson, Mississippi, is the largest honor society in higher education with 1,285 chapters on college campuses in all 50 of the United States, plus Canada, Germany, the Republic of Palau, Peru, the Republic of the Marshall Islands, the Federated States of Micronesia, the British Virgin Islands, the United Arab Emirates and U.S. territorial possessions. More than 3 million students have been inducted since its founding in 1918, with approximately 134,000 students inducted annually. 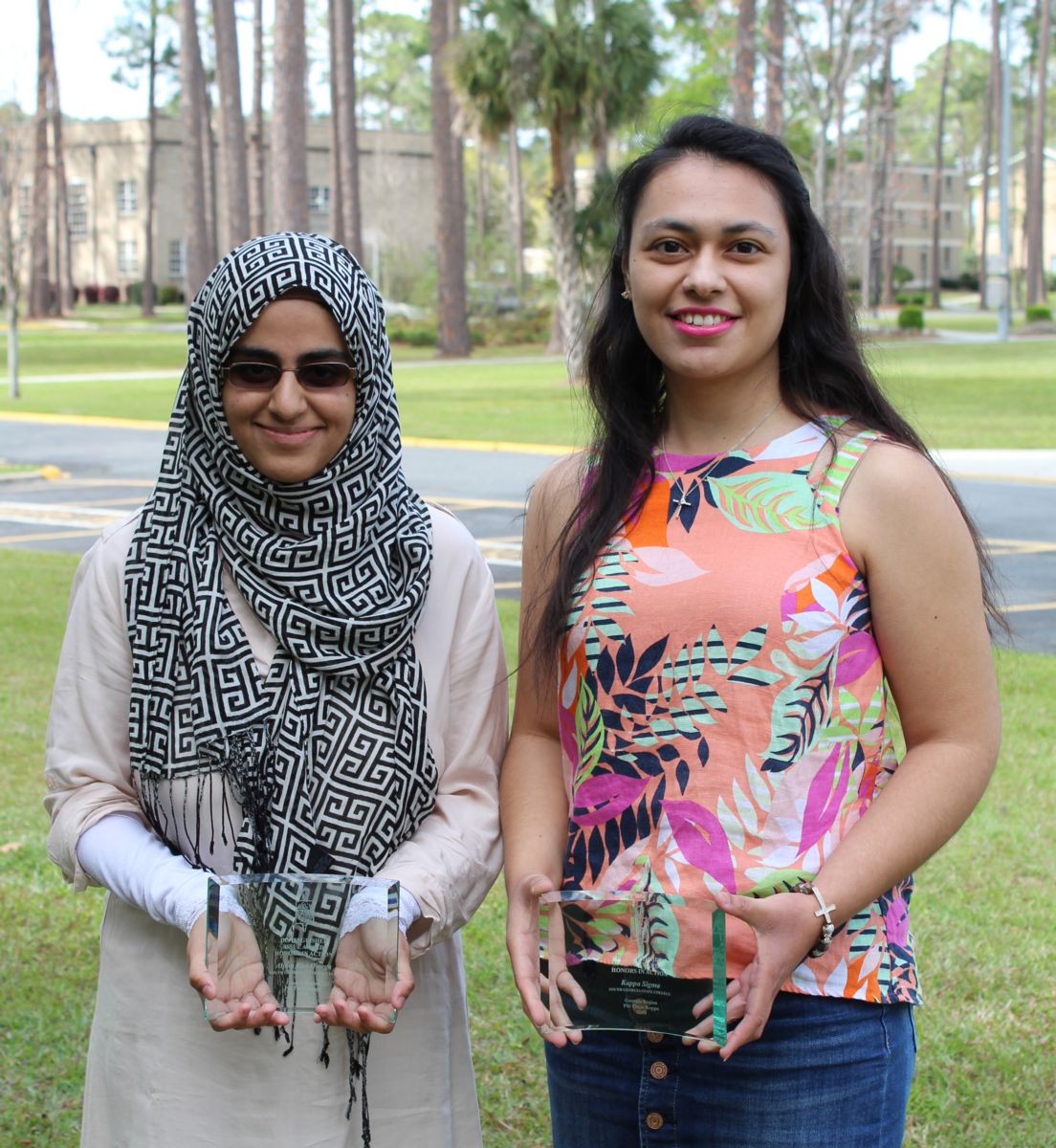 Saadia Akram of Waycross and Alexandra Cardiel of Pearson served as leaders on the Honors in Action projects that won awards at the conference. 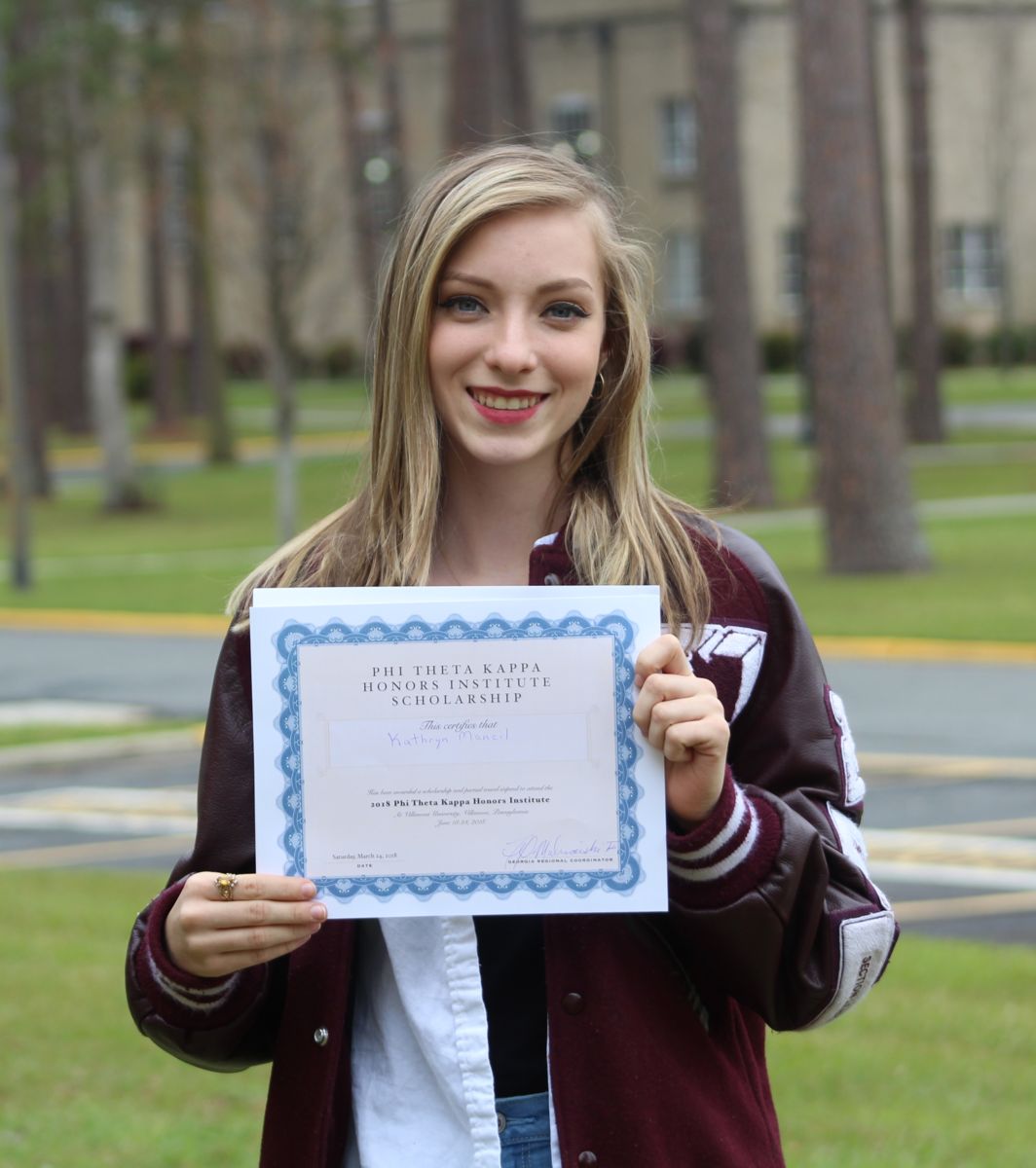 Kathryn Mancil of Douglas received a scholarship to attend Honors Institute this summer at Villanova University in Pennsylvania. 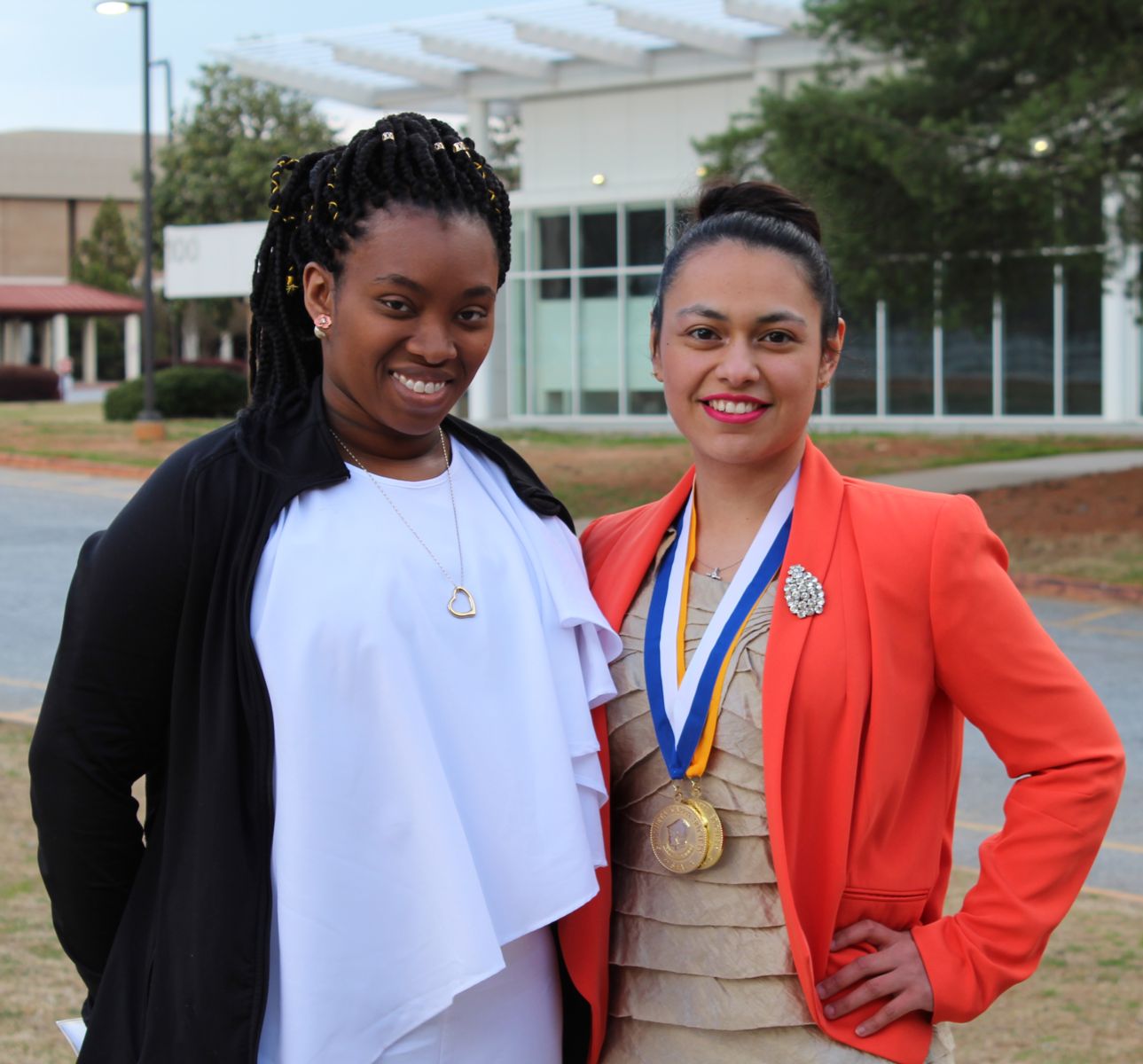 Diamond Wallace of Douglas and Alexandra Cardiel of Pearson attended the region conference and accepted the awards on behalf of the SGSC chapters.