Catalyst is a time of fellowship, learning and recognition and was well attended by over 600 chapters and 3,775 members from college campuses in all 50 states. In addition, there were chapters from Canada, Germany, the Republic of Palau, Peru, the Republic of the Marshall Islands, the Federated States of Micronesia, the British Virgin Islands, the United Arab Emirates and U.S. territorial possessions.

After receiving an award at the Georgia Region Spring Conference as the top distinguished chapter for the Georgia Region, SGSC chapter members and advisors were invited to the stage several times to receive national attention. The recognition for SGSC’s chapters began with Kappa Sigma’s chapter vice president, Ernest Wesley, proudly waving the Georgia flag during the traditional Parade of Flags ceremony to kick off the weekend.

As part of the convention, speakers such as Chef Jeff Henderson and author and motivator, Mel Robbins, inspired the students to follow their passions and reach their goals. The students also attended educational forums on topics ranging from increasing chapter membership to becoming more involved in student leadership. Members Kristen Davis and Ernest Wesley also represented SGSC in the PTK-sponsored Job Interview Competition and were evaluated on their understanding of employment procedures faced in applying for an entry level position by submitting a resume and participating in an interview.

The culmination of the weekend was the Awards Gala. The SGSC chapters walked away with prestigious awards for Distinguished Honors in Action Project, a top 100 chapter and a Distinguished Chapter meaning they are one of the top 40 chapters out of approximately 1,300 chapters in the international organization.

“Catalyst was an amazing experience. I am so proud of our chapter placing top 40 in the nation and winning a distinguished honors in action award,” says Ernest Wesley. “It was fun to fellowship with students all over the world and country. I am forever grateful for South Georgia State College and the opportunities Phi Theta Kappa provides for me. Our goal next year is to place top 10 chapters in the world!”

“My first PTK Catalyst has definitely been one for the books! The fellowship I experienced while there, from students all across the country, was amazing,” says Kristen Davis. “Winning an international award for our Honors in Action project and getting in the top 40 distinguished chapters out of almost 1,300 chapters, were the highlights of the trip for sure! It was great seeing our hard work pay off and also witnessing all the hard work and service acts the other chapters have done. We definitely will strive to be in the top 10 distinguished chapters next year!” 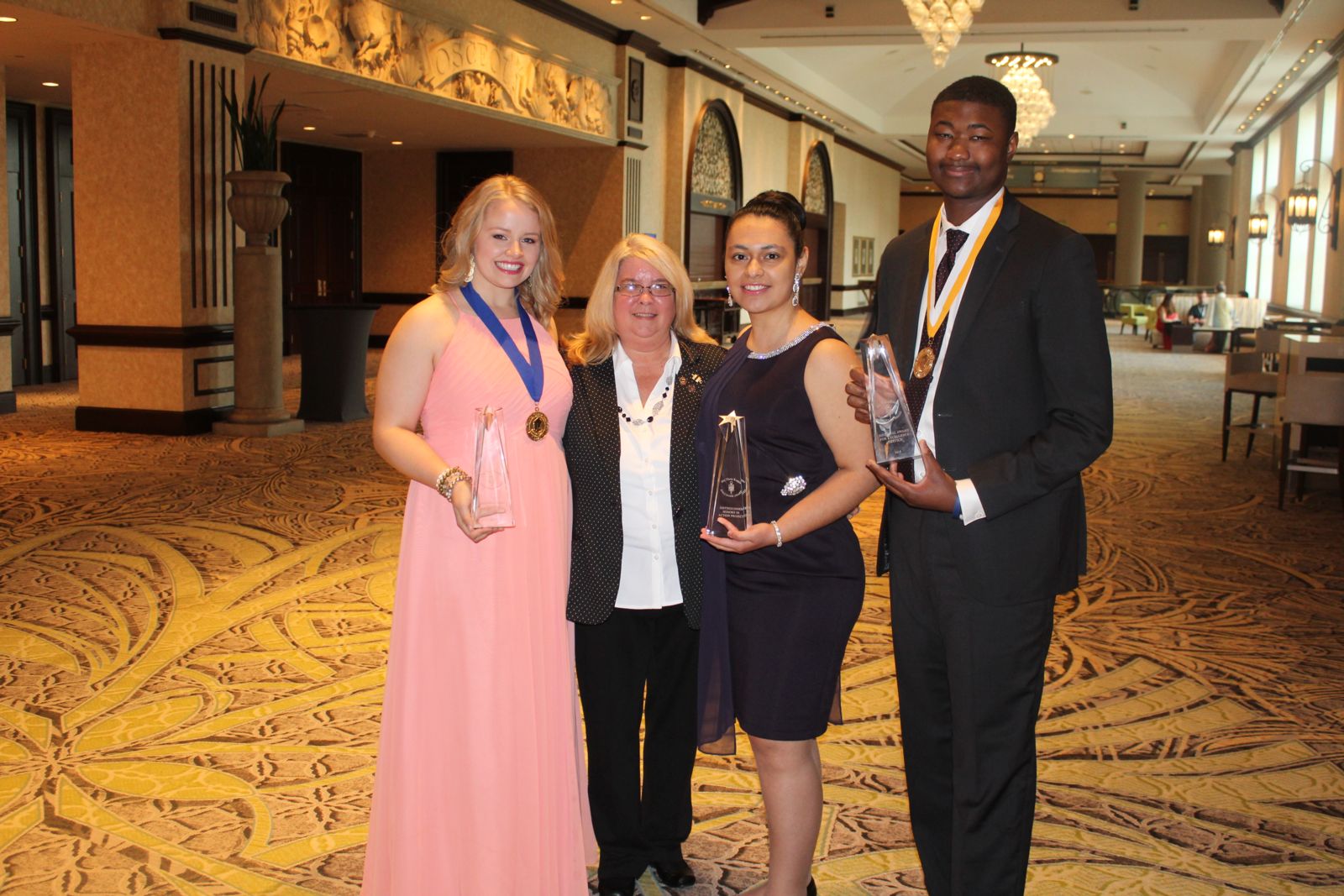 Accepting the awards on behalf of the SGSC chapters at Catalyst were Kristen Davis from West Green, Advisor Amy Hancock from Ocilla, Advisor Alexandra Cardiel from Pearson and Ernest Wesley from Fitzgerald.

Ernest Wesley from Fitzgerald proudly displays one of the Georgia Region awards at Catalyst. 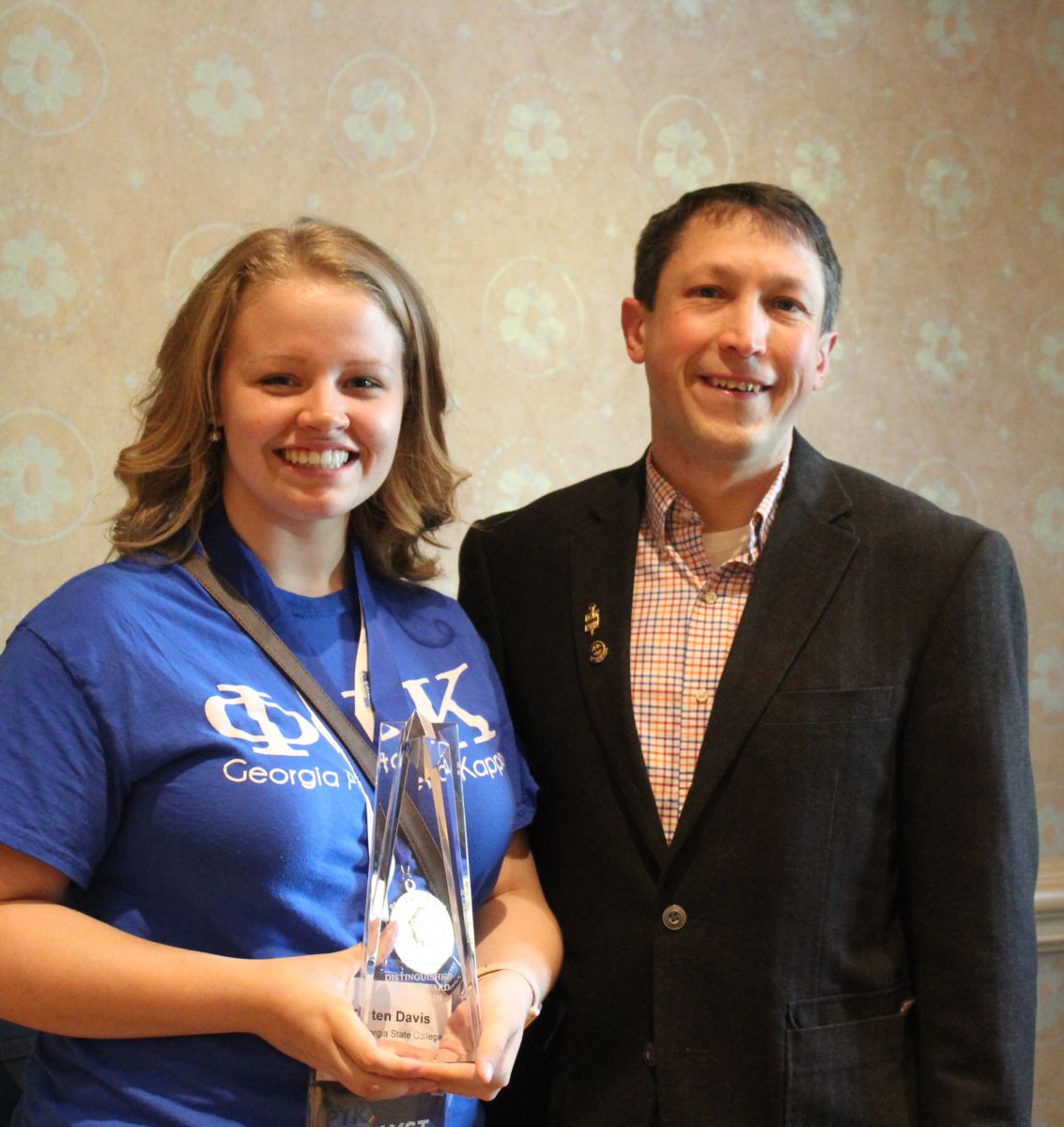 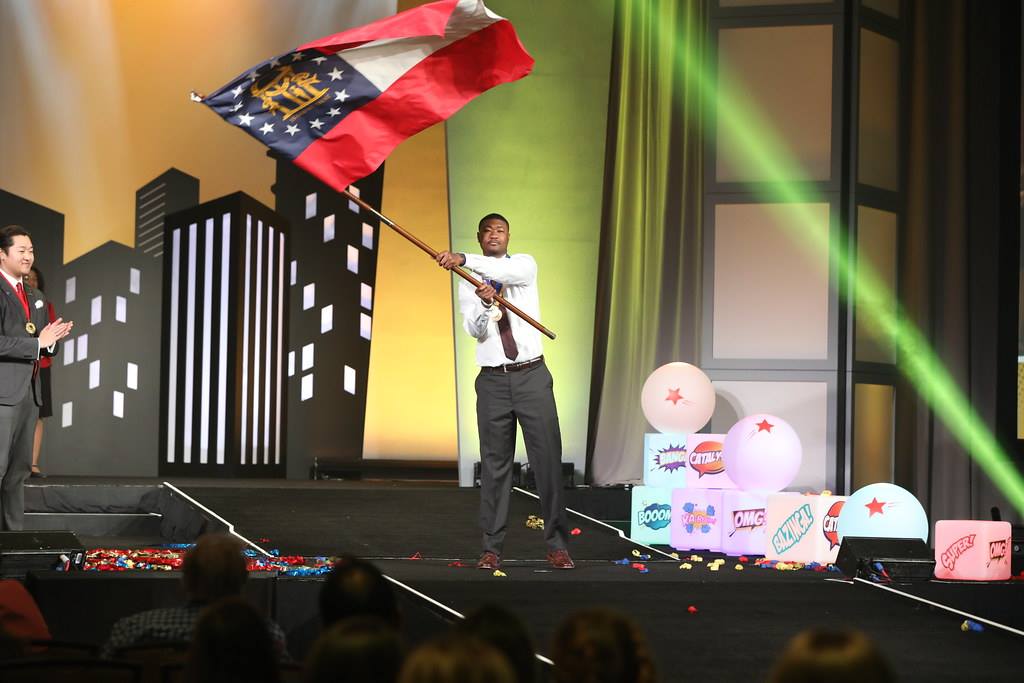 Ernest Wesley represents the Georgia Region in the traditional Parade of Flags during Catalyst.