SGSC got things moving in the second inning, when Clayton Smith tripled on a 0-1 count, scoring Mason Spivey after his double at the top of the inning. Brandon Redd then singled to left field, bringing Smith across the plate. Christian Campbell followed with a single on a line drive to left field. Redd advanced to second, eventually scoring after an error by Morton’s left fielder.

Morton attempted to rally back in the third, but the Hawks added three runs in the fifth. The big inning was thanks to a single by Smith and a fielder's choice by Carlos Hernandez. Tyler Spence singled on a line drive, followed by a right-field single by Spivey. Spence was able to score on an error by Morton’s right fielder. JT Rice was placed on first with a walk and advanced to third with a single by Smith. Spivey added another run to the board. The last two runs came in the bottom of the sixth as JR Lonon and Campbell each crossed the plate.

SGSC racked up 14 hits in the game. Spivey went 4-for-4 at the plate to lead the Hawks in hits. Smith went 3-3 in the game, followed by Lonon, Redd and Campbell with two hits each. Spence added one hit.

Jacob Fletcher was the winning pitcher for SGSC. He allowed four hits and three runs over six innings, striking out six and walking one. Buck Bennett threw one inning in relief out of the bullpen. Bennett recorded the last three outs to earn the save for SGSC Hawks.

In the second game, the Hawks defeated Morton 10-0 as two SGSC pitchers combined to throw a shutout. Matt Thompson pitched SGSC Hawks to victory. He allowed one hit and zero runs over six innings, striking out six and walking one. Kasin Old threw one inning in relief out of the bullpen and induced a fly out to finish off the game.

The Hawks totaled another impressive 14 hits in the game. Walker Sinclair led SGSC with three hits in three at-bats, with one being a double. Kody Krause and Kristian Navarro each had a triple as their one hit in the game. Mason Spivey, Jared Martin and Christian Campbell all had two hits for the Hawks. Clayton Smith, Anthony Calabro and Jackson Howell contributed one hit apiece. SGSC was sure-handed and didn't commit a single error. Greg Wozniak made the most plays with six. 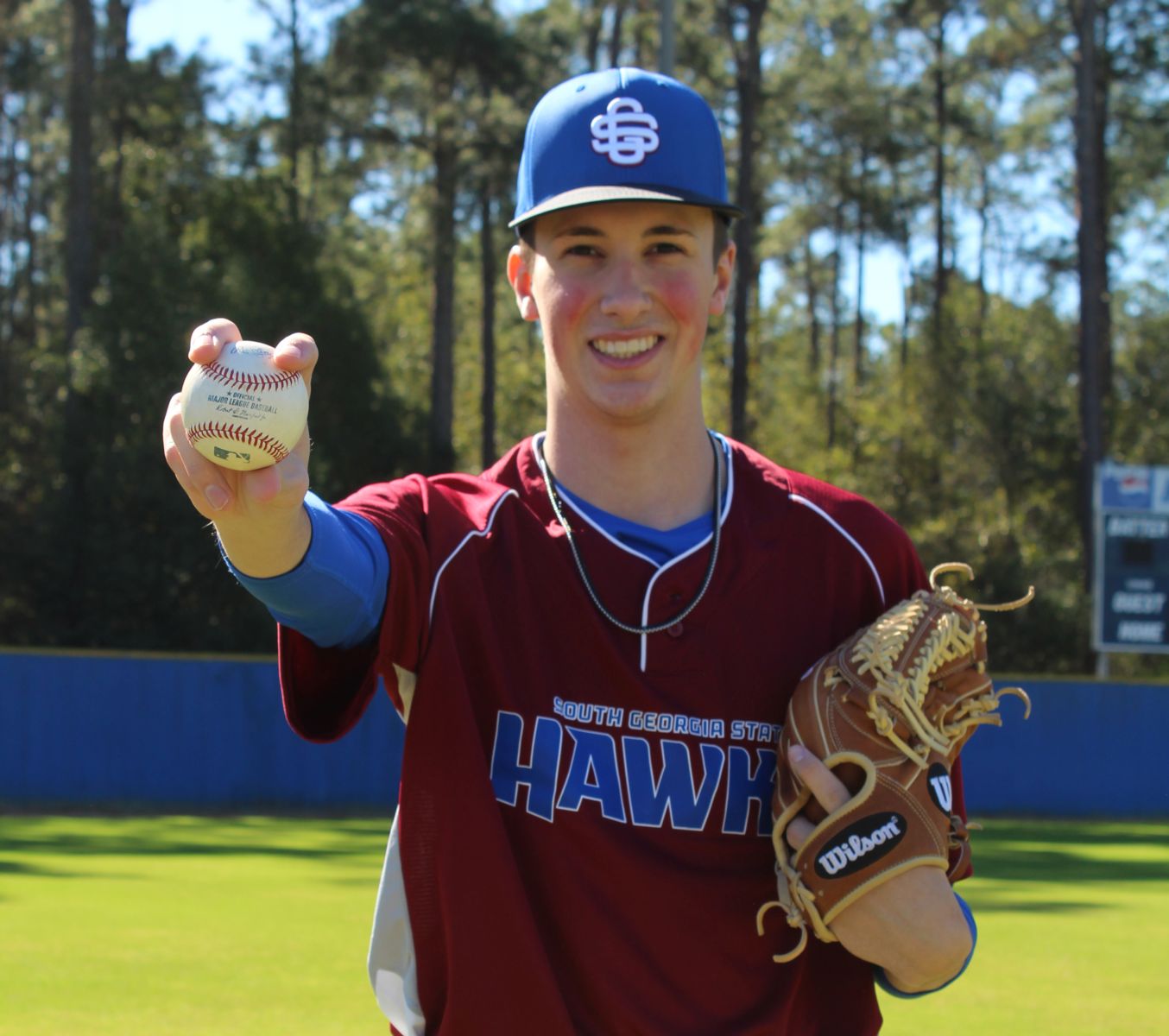 Jacob Fletcher of Etowah, Ga., was the winning pitcher for game one against Morton College.