The Phi Theta Kappa (PTK) honor society chapters of South Georgia State College (SGSC) hosted the Georgia Region Spring Conference March 8th and 9th on the Douglas Campus. The conference served as a time of fellowship and learning about the numerous PTK programs and opportunities for its members. In addition, chapters were recognized for their achievements and accomplishments during the previous year.

The conference kicked off Friday with a welcome by Dr. Ingrid Thompson-Sellers, SGSC president. Next, the night’s activities continued with an acoustic set and talk by country music artist John King from Nashville, Tenn. In addition to the attendees, the chapters invited all SGSC students, faculty and staff for a night of entertainment and for them to be introduced to Phi Theta Kappa.

Saturday was complete with a full slate of activities. During the morning session, several four-year colleges and army representatives were on hand for a College Transfer Fair. The first keynote speaker of the day was Susan Edwards, associate vice president of honors programming and undergraduate research, at Phi Theta Kappa’s Center of Excellence who gave a headquarters update. During the breakout sessions, the advisors met while the students learned about undergraduate research from Dr. Frank Holiwski, SGSC professor of psychology. After lunch, the attendees traveled to General Coffee State Park for a region service project. They worked with Jackie Clay, assistant manager, to plant seedlings in the spring vegetable garden.

The conference concluded Saturday night with an awards program. The keynote speaker was Missy Tolbert, former PTK Georgia Region president and current Executive Director of the Constitutional Officers Association of Georgia serving Georgia’s probate judges, clerks of superior courts, sheriffs and tax commissioners. She used the acronym STEP UP to encourage the students to start, train, (gain) expertise and (have) passion with understanding and to pursue their dreams.

In addition to the awards, Kappa Sigma’s chapter president Kristen Davis was selected to attend Honors Institute in San Diego, California, this summer on a scholarship from the Georgia Region.

“I am extremely pleased with the work and commitment shown by our SGSC chapters,” said Amy Hancock, SGSC advisor. “They are deserving of the title of top distinguished chapter, and it is an honor to be recognized by Phi Theta Kappa for the efforts made by our students.”

Phi Theta Kappa Honor Society, headquartered in Jackson, Mississippi, is the largest honor society in higher education with nearly 1,300 chapters on college campuses in all 50 of the United States, plus Canada, Germany, the Republic of Palau, Peru, the Republic of the Marshall Islands, the Federated States of Micronesia, the British Virgin Islands, the United Arab Emirates and U.S. territorial possessions. More than 3.5 million students have been inducted since its founding in 1918, with approximately 130,000 students inducted annually. Phi Theta Kappa focuses on recognizing and encouraging the academic achievement of college students while providing opportunities for individual growth and development through participation in honors, leadership, service, and fellowship programming. 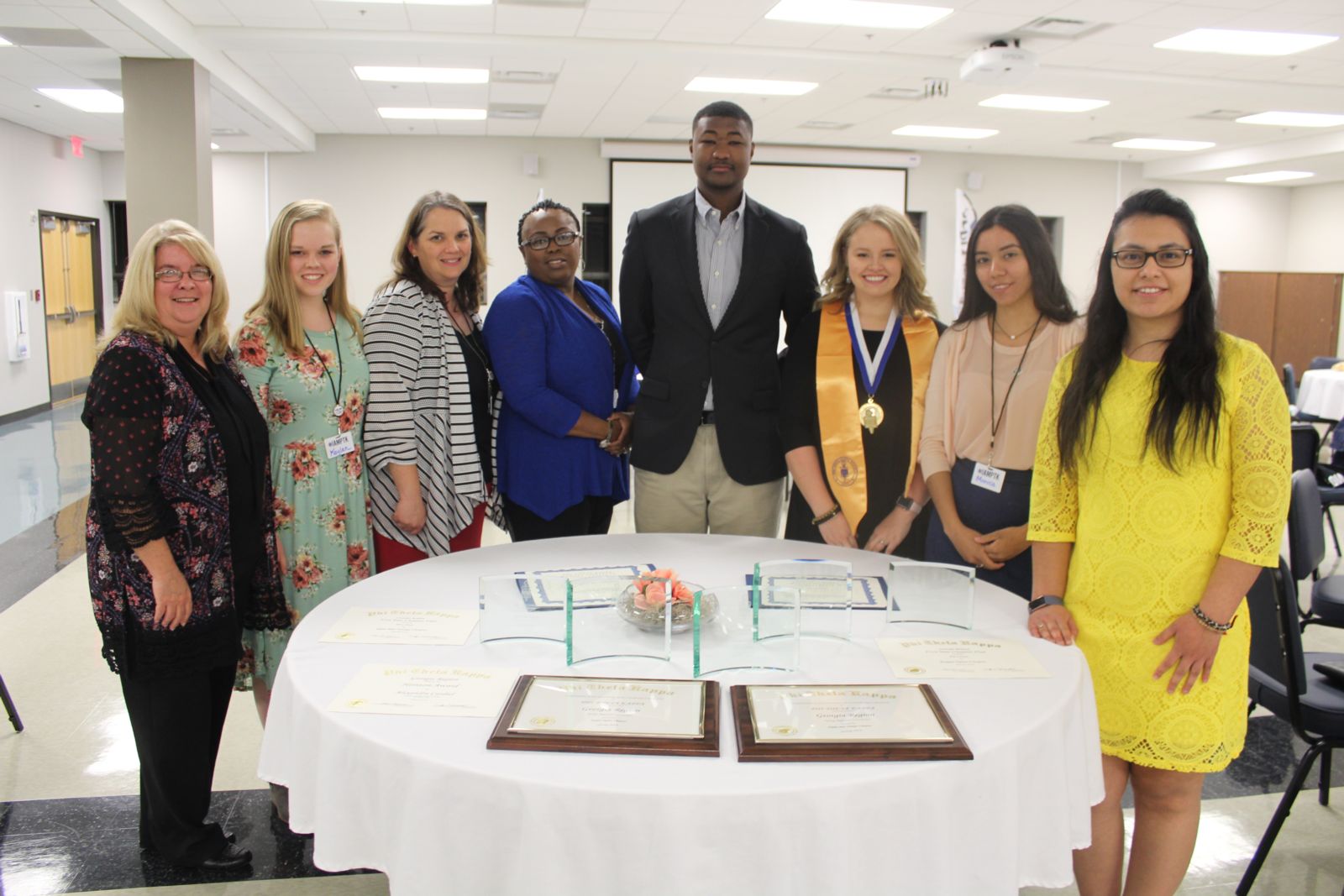