There was no lack of movement around the bases as the South Georgia State College (SGSC) Hawks baseball team took on West Georgia Tech in a high-scoring game. SGSC came out of top with a score of 13-7 and an impressive 14 hits throughout the game on Tuesday, March 27, 2018.

Jacob Giles got things moving in the first inning by driving in two runs on a single. This pace continued as the Hawks piled up the hits and the runs. Tyler Salomon, Jacob Giles, Jake Bryan, Seth Shadix and Justin Brooks contributed two runs each with Giles and Bryan leading RBIs with three each and Bryan making a home run. Cole Escher, Peyton Collins, Blake Brito and Ty Tyndal each added one hit.

Caleb Moss pitched SGSC to victory. He lasted five and two-thirds innings, allowing nine hits and five runs while striking out five. Ian Smith and Landon Nevill entered the game out of the bullpen to close out the game in relief. Nevill recorded the last four outs to earn the save for the Hawks. 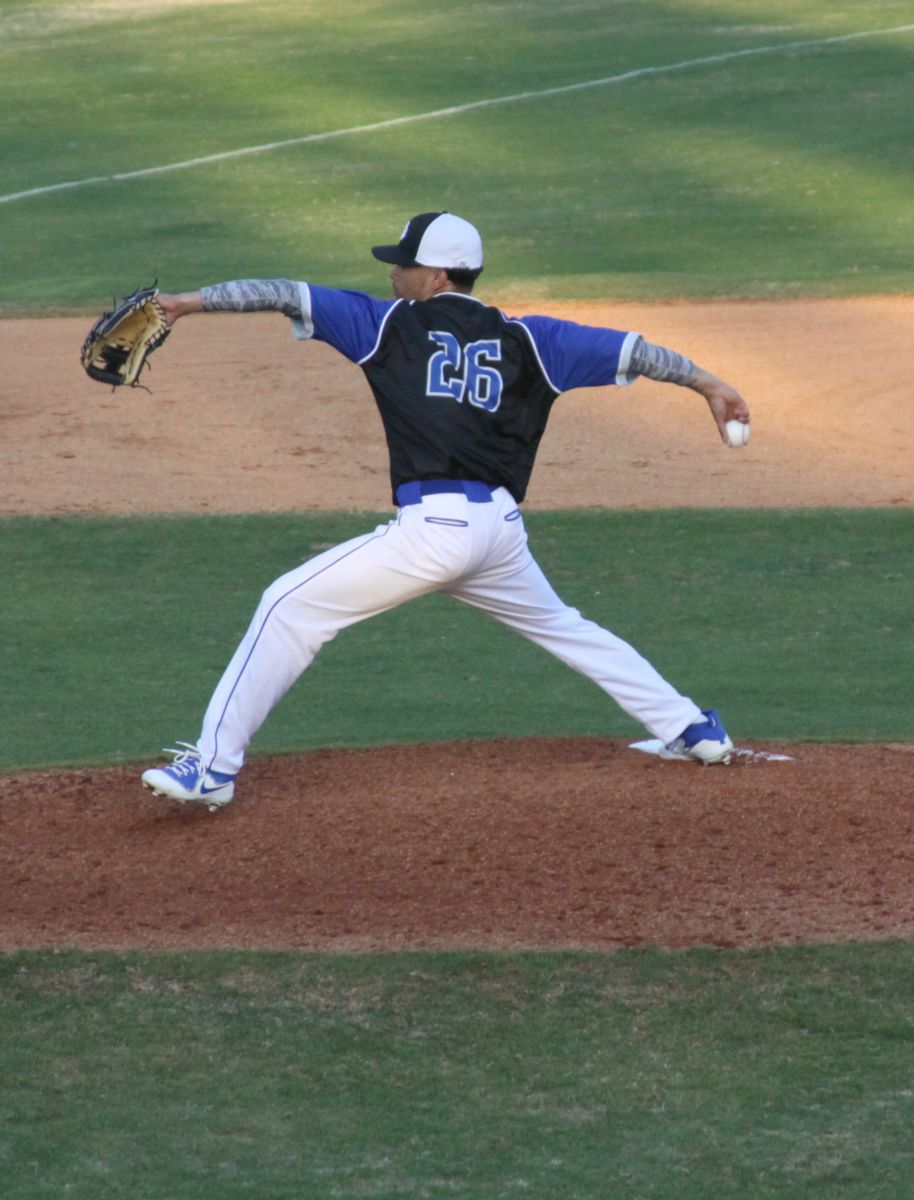 Caleb Moss from Anderson, S.C., is shown in a recent game on the mound for the Hawks.