South Georgia State College (SGSC) baseball defeated Thomas University JV by a score of 16-6 in the first game of a doubleheader on Monday, February 25, thanks in part to Greg Wozniak who drove in four runs. Wozniak started in the first with a single and went on to get a double in the second and another single in the fourth.

The Hawks racked up seventeen hits in the game, with one home run of the day by Blake Ebo who went for the long ball in the fourth inning. Justin Brooks added to the hits with a triple while Tyler Salomon and Wozniak each earned a double. Max Hughes, Brooks and Wozniak had three hits apiece. Tim Martin and Seth Johnson each had two hits. Cole Escher, Tucker Jordan, Ebo and Salomon contributed one hit to the hit count.

Andrew Curtin led things off on the pitcher’s mound for the Hawks. He allowed three hits and two runs over three innings, walking one. Austin Knowles, Noah Detrick, Patrick Hickox and Cole Freeman each took a turn pitching.

The second game of the day ended with the Hawks taking a late lead to defeat Thomas JV 13 – 6. The game was tied at six with SGSC battling in the top of the sixth. Cole Escher singled on a 0-2 count, scoring one run. The Hawks put up six runs in the following inning. The big bats in the seventh were led by singles by Cole Freeman and David Meadows, a sacrifice fly by Tyler Salomon and a double by JT Rice.

The Hawks tallied nineteen hits in the game. Blake Ebo racked up a triple as one of his three hits. Meadows and Rice had doubles that counted as one of their three hits. Justin Brooks is also credited with three hits. Following with two hits each were Cole Escher, Blake Metcalfe and Freeman. Blake Brito had one hit in the game.

Grant Rylee was the winning pitcher for the Hawks. He surrendered no runs on one hit over two innings, striking out four and walking none. Adam Benefield started the game. He lasted two innings, allowing no hits and no runs while striking out one.  Landon Nevill, Caleb Crews and Mason List all put in work in relief out of the bullpen, steering the game toward a victory for SGSC. 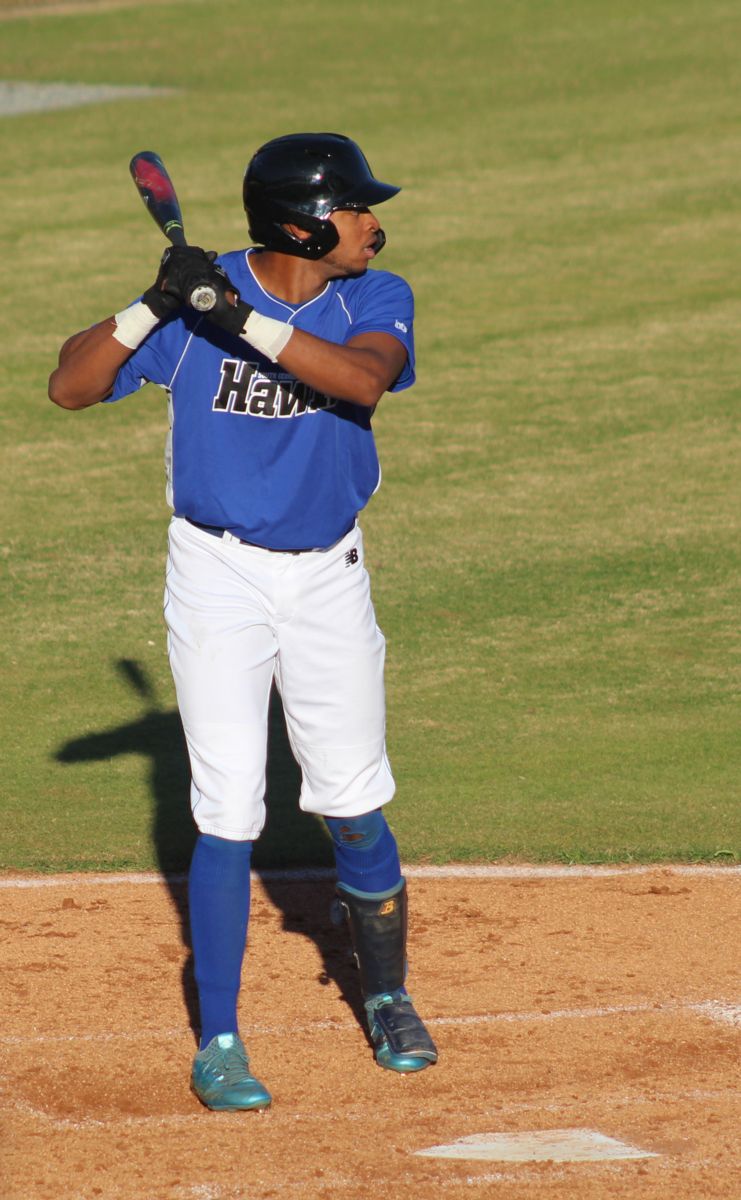 Sophomore Blake Ebo collected a home run and a triple during Monday’s doubleheader.