Russell Baker of San Antonio, Texas, Will Ferguson of Yulee, Florida, and Antonio Vendola of Fernandina Beach, Florida, were selected for the honor, which recognizes student-athletes from various National Collegiate Athletic Association (NCAA) Division I schools. These Hawks were chosen for their dedication to their sport and their studies, both of which are impressive achievements.

Baker, Ferguson and Vendola also earned All-Academic Awards from the NJCAA (National Junior College Athletic Association) this past season. Ferguson was named to the First Team by achieving a perfect 4.0 academic average. Second Team award for 3.80-3.99 average went to Baker and Vendola earned a spot on the Third Team for an average between 3.60-3.79. All three were invited to join Phi Theta Kappa Honor Society for their academic achievements.

“These guys have worked hard to excel on and off the court,” SGSC Hawks Head Coach Cory Baldwin said. “They put in the time and effort it takes to be successful and it shows. They are all very deserving of this honor.”

“Diverse: Issues in Higher Education” sponsors the award. It is named for the late tennis star who exhibited a commitment to education as well as to the game of tennis. According to the magazine’s web site, the award honor(s) undergraduate students who have excelled in the classroom as well as on the athletic field. A commitment to community service and student leadership is also considered during the review of nominations. 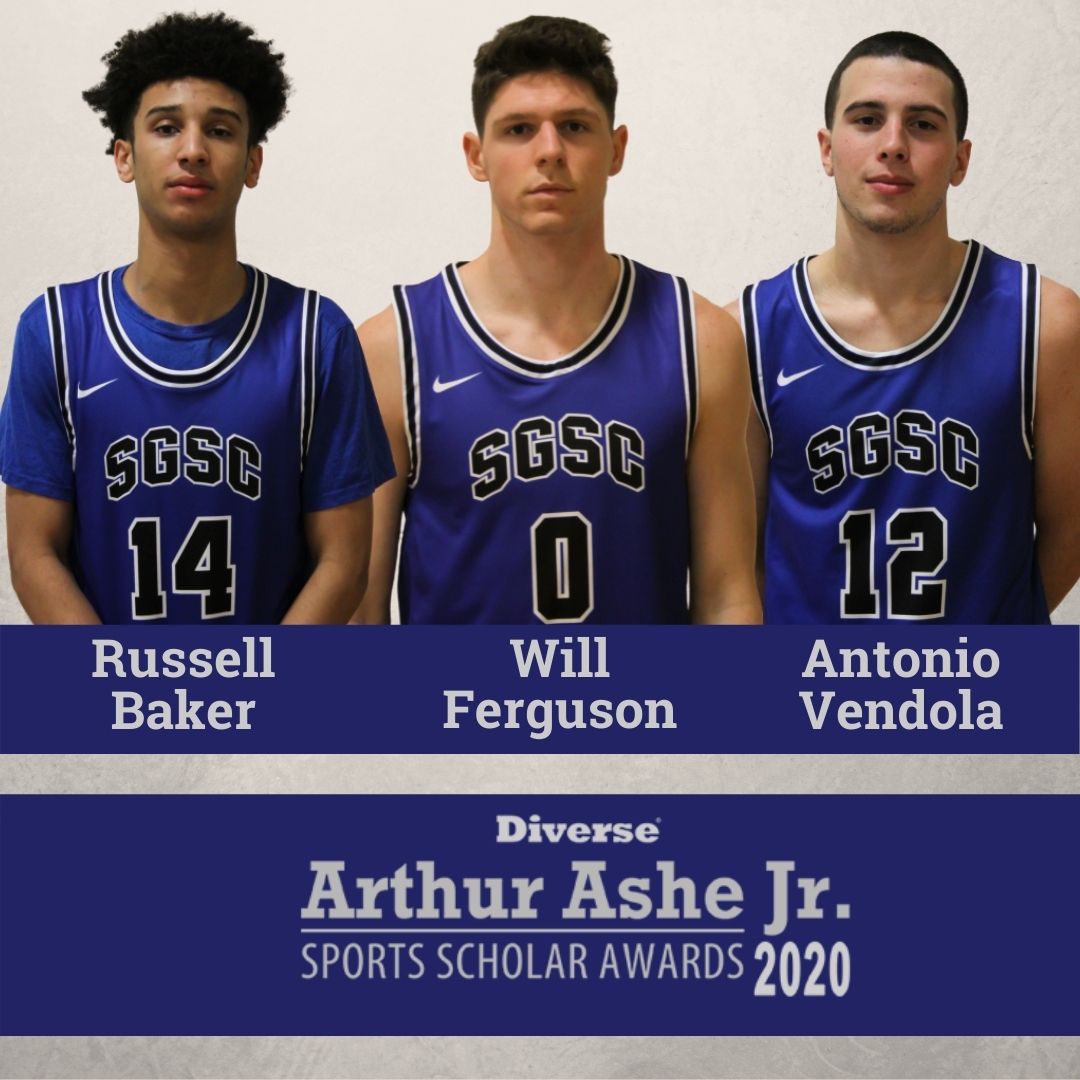