South Georgia State College (SGSC) Hawks started a four game series with a double-header in Douglas on February 16 against the St. Johns River State College Vikings. In game one, the Hawks won by a score of 5-4 in dramatic fashion. The victory was secured thanks to a walk-off single at the end of the game when Coby Owens singled on the first pitch, scoring the winning run.

Mark Mixon started the game on the mound for the Hawks. He surrendered three runs on eight hits over seven innings, striking out seven. Hassan Westbrook took the win for SGSC. He allowed one hit and one run over one inning, striking out two and walking none.

It was a strong hitting game for the Hawks. Cole Escher and Darryl Mitchell collected three hits each. Following with two hits were Colby Owens, Jake Bryan and Justin Brooks. Mikell Collins and Blake Brito added one hit each. SGSC did not commit a single error in the field to keep the Hawks in a winning position.

Game two did not go as well for the Hawks as they lost by a score of 15-1. They watched the game slip away early and never recovered. St. Johns had no trouble putting runs on the board as they had four players with home run hits, leading SGSC to have a tough time defensively containing the Vikings.

Ian Smith took the loss for SGSC. He surrendered eight runs on six hits over three and two-thirds innings, striking out four and walking one. Cole Escher, Tyler Solomon, Jacob Giles and Ty Tyndal each had one hit with Escher scoring the only run of the game.

The SGSC Hawks traveled to Palatka, Florida, for the second part of the series with a double-header on February 18. The first game of the afternoon found SGSC on the losing side of the game on the final play with a score of 8-7. The score was tied at seven at the bottom of the seventh when a walk-off homerun secured the win for the St. Johns team.

The Hawks outhit the Vikings twelve to five despite the loss. Cole Escher, Colby Owens, KC Brown and Rodrejas Jenkins each had two hits in the game. Jake Bryan, Darryl Mitchell, Blake Brito and Justin Brooks each had one hit. Nathan Henderson, Landen Nevill and Caleb Moss took turns on the mound with Moss taking the loss for the Hawks. He went one and two-thirds inning, allowing one run on one hit and striking out one.

The final game of the series ended on a better note as the Hawks took the game from the Vikings with a score of 3-0. Zach Mainor didn’t allow a single run against St. Johns, throwing a complete game shutout. Mainor went seven innings allowing only two hits, striking out eight and walking one.

Colby Owens led the hitting for the Hawks with three hits. Tyler Solomon followed with two hits while Rodrejas Jenkins and Garrison Hurd collected one hit each. 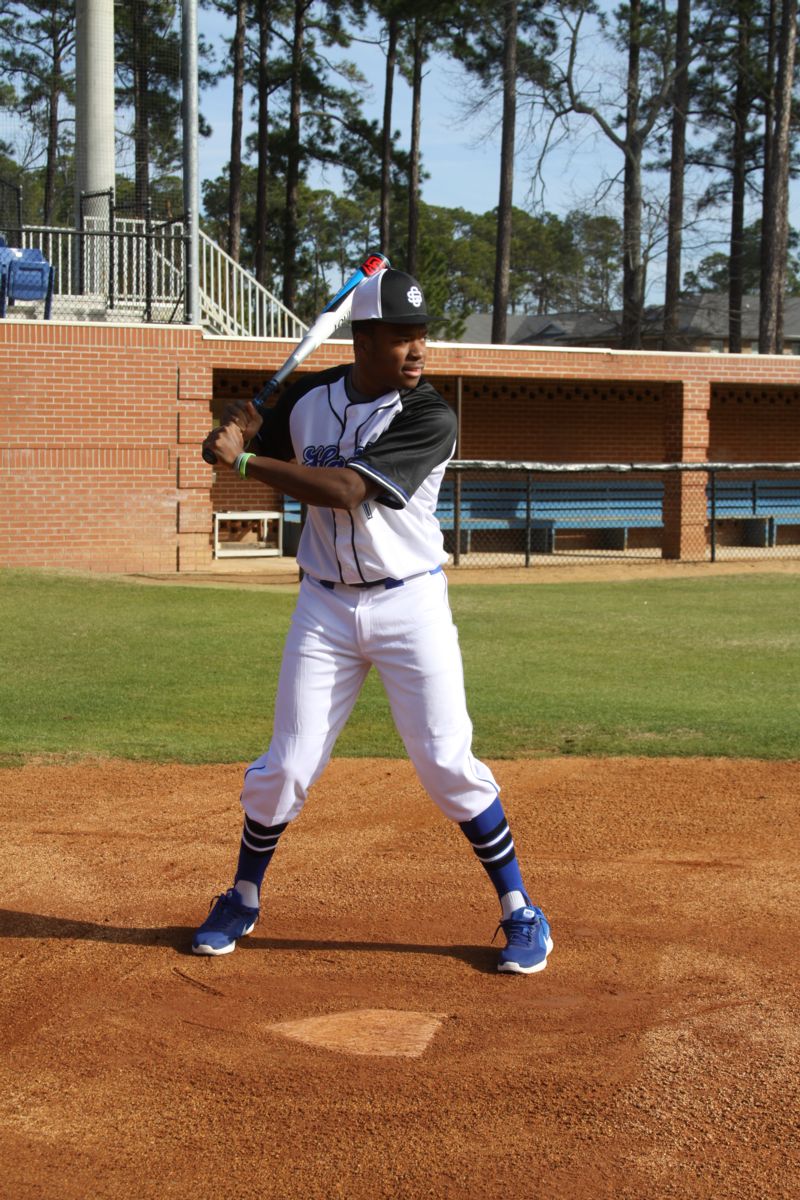 SGSC’s Darryl Mitchell was a leader in hitting for the series.