SGSC baseball secures two wins on the road against USC-Salkehatchie

The South Georgia State College (SGSC) Hawks made the long road trip to Allendale, South Carolina, to take on the USC-Salkehatchie Indians. The double-header led to two victories for the Hawks as they defeated the Indians by a score of 6-2 in the first game of the afternoon and 2-1 in the final game.

In game one, the Hawks captured the lead late in the game. The game was tied at two when Colby Owens stepped up to the plate in the top of the seventh and singled on a 1-0 count, scoring one run. The rally continued as SGSC scored four more runs to secure the win. Jacob Giles, KC Brown and Jake Bryan joined Owens in the hit count for the game.

Zach Mainor was the winning pitcher for the Hawks. He went six innings, allowing two runs on five hits and striking out nine. Hassan Westbrook threw one inning in relief out of the bullpen.

The second game of the double-header was low scoring but the Hawks once again claimed the victory. Both teams were strong on the mound, but SGSC took the edge by allowing just four hits by USC-Salkehatchie. Caleb Moss earned the win for the Hawks. He lasted five and two-thirds inning, allowing four hits and one run while striking out three. Nathan Henderson threw one and one-third innings in relief. Henderson recorded the last four outs to earn the save for SGSC.

Collecting hits for the Hawks were KC Brown, Rodrejas Jenkins, Jake Bryan and Ty Tyndal. Bryan and Brown each crossed the plate to score the runs for SGSC. 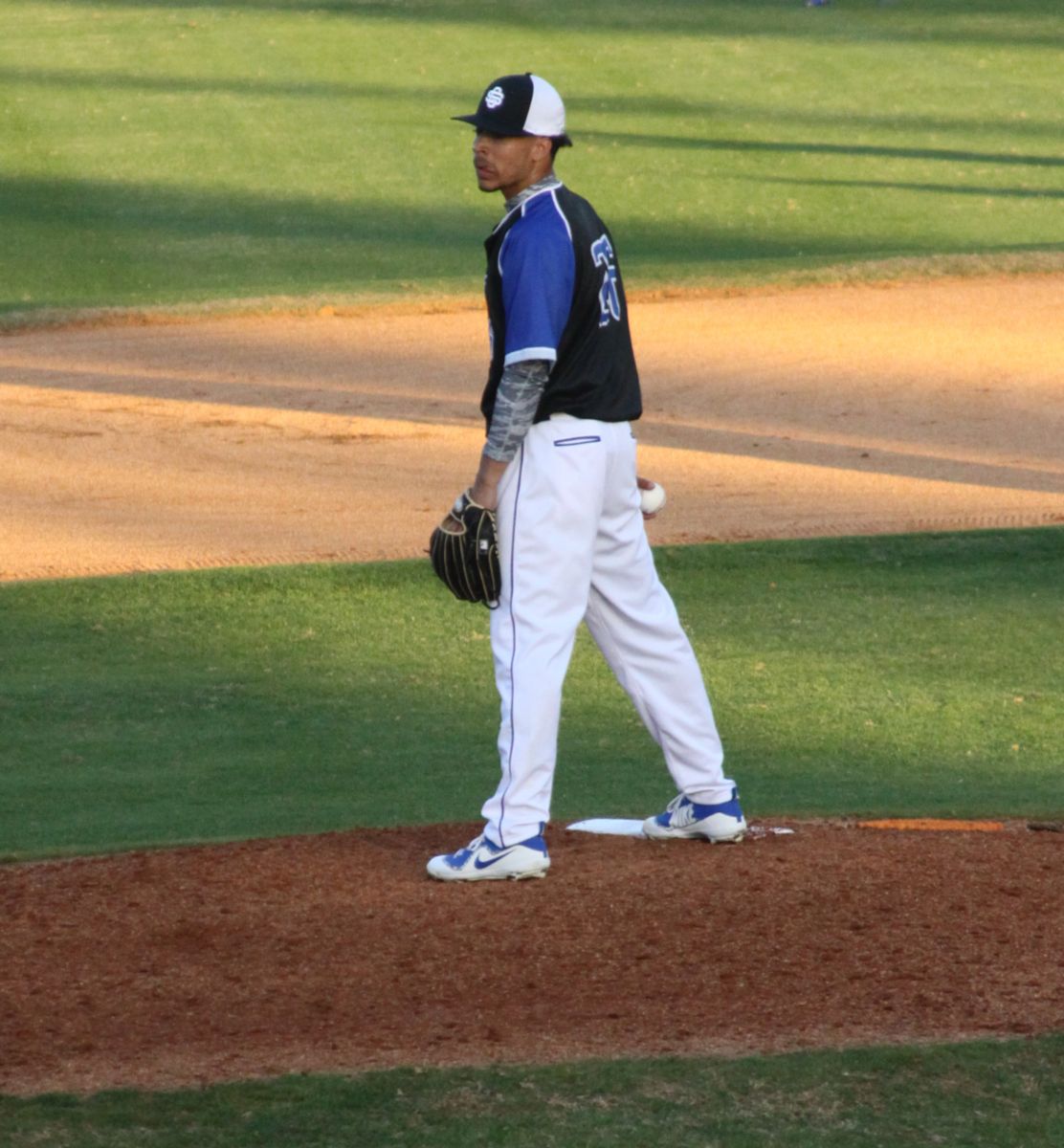 Caleb Moss prepares to deliver a pitch during a recent game at SGSC.