Sixteen original films highlighted the Second Annual Film Fest held on the Waycross campus of South Georgia State College (SGSC) Thursday, May 2nd, before an audience that filled the auditorium and watched as the formally dressed filmmakers entered on a red carpet, according to Mrs. Elaine Stephens, assistant professor of English and teacher for the two classes involved: World Literature 1 and 2.

“For the assignment, students selected works of literature covered in their respective courses and then presented an analysis in film form,” said Mrs. Stephens. “None of this could have happened without the help of Ms. Sarah Braswell, STEM Center coordinator, who collected the films, gave advice, issued invitations and shared other forms of expertise. Also our theatre professor, Kathryn LeRoy, rolled up her sleeves and assisted with refreshments. Without the help of these colleagues, the fest would not have been such a success,” she added.

The first category was podcasts, and the film regarding the book The Waste Makers presented by World Literature 2 students Ashlyn Blocker and Kassie Bridges was nominated for Best Podcast/VLOG and winner in Best Field Research and Best Documentary.

The next podcast was also on The Waste Makers and developed by Lyndsey Johns and Taylor Crews, receiving nominations in Best Podcast/VOG and in Best Show Hosts; it was winner in Best Community Interaction. Following this movie was “Drama Drop: Your Daily Dose of Drama by Kamal Abdul-Kareem, Leighanne Agee and Iesha Carson; Nominated for Best Show Host, this film won Best Social Media, Best New Album, Best Original Music and Best Podcast/Vlog.

In the category of television shows was Lady of Shallott in “The Twilight Zone” by Shona Bennett; this presentation was a nominee in Best TV Show Series Spoof and winner in Best Modernization of Classic Literature, Best Narration, and Best Makeup.

Next came “Mesopotamian Mingling” by Victoria Davis, Hailey Furman and Charles Daniel. This presentation was nominated for Best Reality TV Spoof, Best Embodiment of a Literary Character- Ishtar (played by Hailey Furman) and Best Reality TV Show Spoof. It won Best Soundtrack. For the second year, this film also starred Doug Furman, father of Hailey Furman. “We really appreciate the family members who pitch in to aid in these films,” Ms. Braswell said.

In a different tone, Dani Brooker, Hannah Williamson and Emma Worthington performed “Law and Order: Thebes,” for which they were nominated as Best Embodiment of a Literary Character- Tiresias(Tyrece Johnson) and winner in the categories of Best TV Show Series Spoof, Best Costuming and Best Use of Props.

Moving on to the category of Newscasts, a nominee for Best Newscast and entitled “Chorus of Three News on Thebes Network” featured Kalynne Hiers, Emma Grace Griner and Julianne Musgrove. This presentation also won first place for Best Graphics and for Best Show Hosts. Following, and a nominee for 2019 Best Film, came “Commercial X,” with Will Richardson and Logan Sandiford. This piece also won first place in Best Newscast and in Most Creative Literary Interpretation.

The next film, entitled “The Epic of Gilgamesh: A Documentary,” was created by T.J. Ponsell, Trent Dixon and Dyana Morfin. It was nominated for Best Stunt Work and won in these categories: Best Sound Design, Best Choreography, Best Literary Reimagining, Best Script, Best Original Film and 2019 Best Film.

A group of Mockumentaries followed with “The Search for a Father: a 30 for 30 Film” by Dalton Lee and Wyatt Everson. Nominated for Most Creative Literary Interpretation, it was the winner of Best Mockumentary and of Best Modernization of Classical Literature.

In two categories- Best Female Empowerment Award and in Best Literary Research- Ellie Deener and Diana De Santiago brought forth a discussion of the treatment of women and their depiction in World Literature 2.

In the last category, Gameshows, Elijah Mattox created “The Jeopardy of the Odysseys,” for which he earned a nomination for Best Stunt Work and was declared winner for Best Gameshow Interpretation. Next, Jerrek Cooper, Louis Hardy and Jay Shropshire presented “The Bootleg Version of ‘Deal of No Deal,” and Dalton Crosby presented “Beowulf Jeopardy,” for which he received a nomination for Best Gameshow Interpretation.

All participants received Oscar awards for their hard work and innovations. “I am grateful to these wonderful students and their application and synthesis of learning, plus their dedication and creativity. This activity is always a highlight of the term, and we keep thinking of ways to change it each semester so that the projects have a different twist,” concluded Mrs. Stephens. 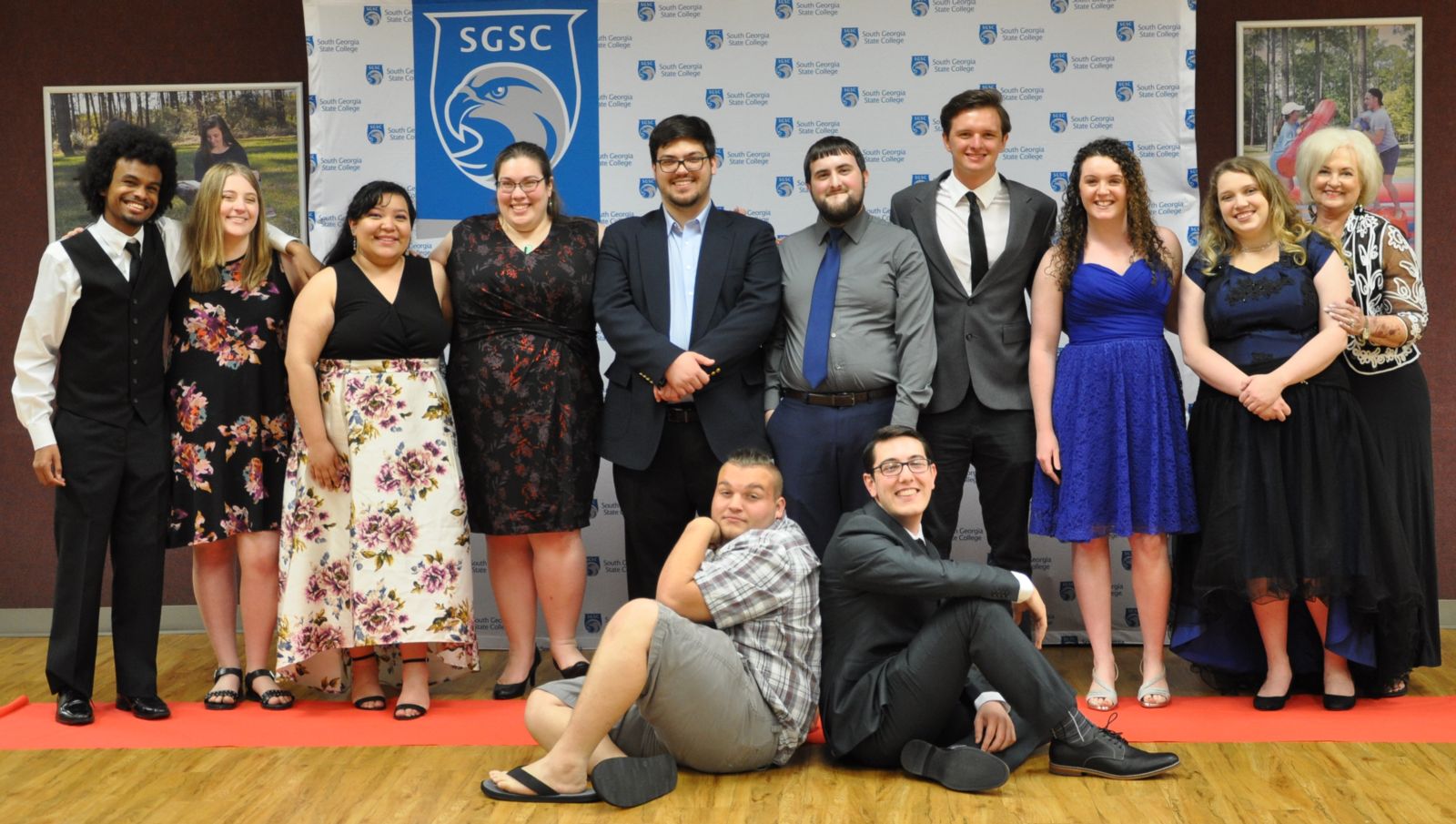