Baseball and summer seem to go hand-in-hand. As a fun activity this semester, students from South Georgia State College (SGSC) enjoyed a minor league baseball game in Jacksonville, Fla., as the Jacksonville Jumbo Shrimp took on the Montgomery Biscuits. The event, sponsored by SGSC’s Student Life, is an annual tradition that many times will give students their first professional baseball experience.

"The students who attended the Jumbo Shrimp game were able to witness the passion and dedication of professional athletes in action. Baseball is an integral part of American culture, hence why it is America's pastime,” explained Avery Lewis, SGSC’s Student Engagement Coordinator who attended with the students. “Providing positive role models to students is a cornerstone of our college’s mission, and when these role models are young men that are part of a successful, public sports team, their impact is that much greater."

The students were also impressed by the fireworks show at the end of the game. Niles said, “It was an amazing experience.  The fireworks show was the biggest I have ever seen.  The team was enthusiastic and the energy in the stadium was unimaginable.” Opportunities such as this one and others organized by the student life staff create college memories that will stay with the students long after they graduate and move on from SGSC.

The Jumbo Shrimp franchise has ties back to South Georgia. Once known as the Jacksonville Suns, it was owned by South Georgia alum Peter Bragan Jr. and his family until the Florida Marlins Double-A affiliate was purchased by Ken Babby in 2014. While playing at South Georgia College in 1968-70, Bragan led the Tigers to two straight appearances in the NJCAA World Series. He was inducted into the SGSC Athletic Hall of Fame in 2018. 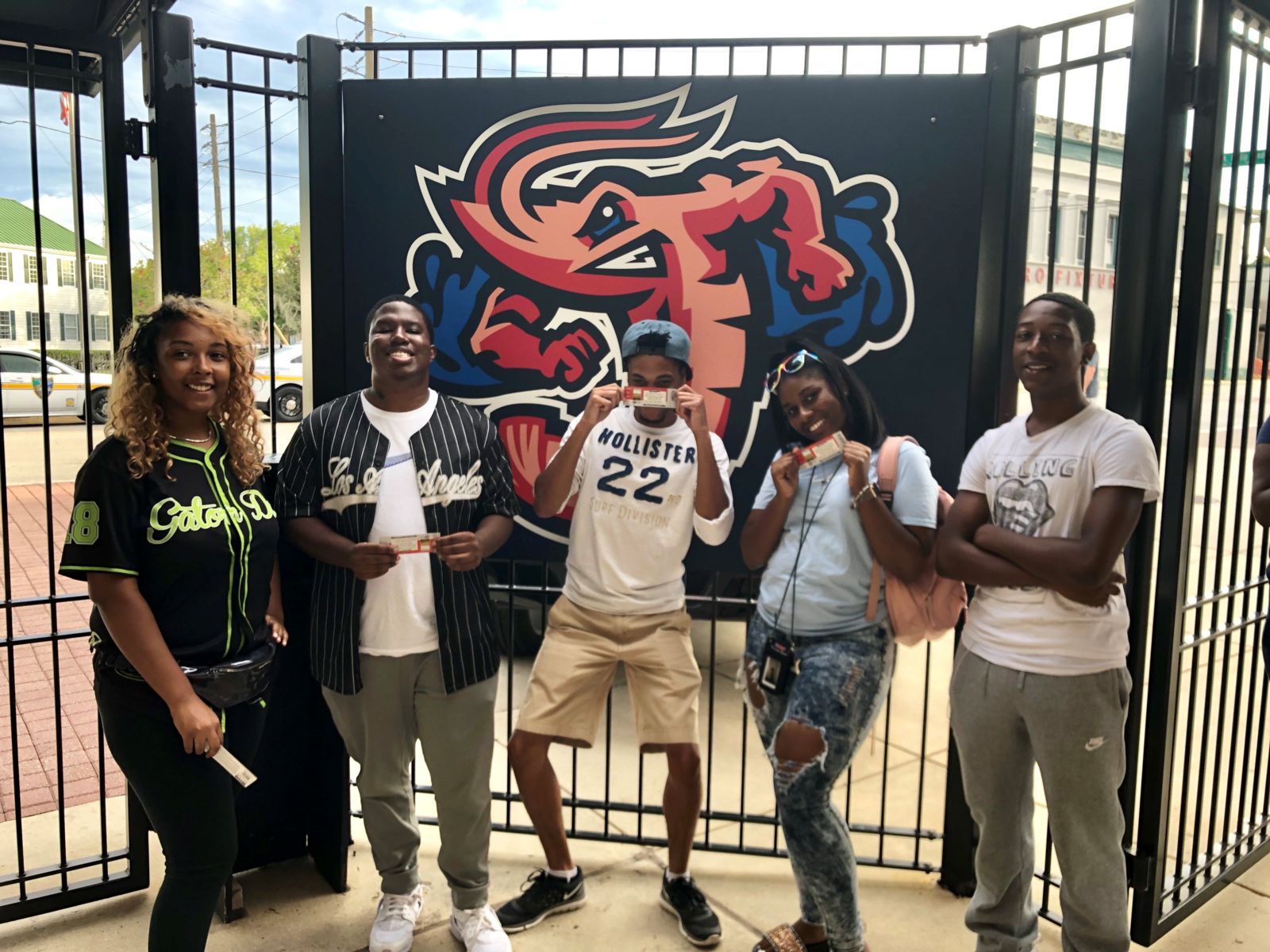