In observance of Constitution Day, South Georgia State College (SGSC) hosted a panel discussion on The Constitution and the Reality of Getting Laws Passed on Tuesday, September 17th on the Douglas campus. Frank Pridemore and Rebecca Sims, SGSC’s associate professors of political science, moderated the program.

The panel was comprised of Chuck Sims, former Georgia Representative for District 169, and Robert “Bobby” Rowan, former State Senator for Georgia. Mr. Pridemore and Ms. Sims shared in expressing their gratitude to Rep. Sims and Sen. Rowan for giving freely of their time to talk to the students and the community. Ms. Sims stated, “I would refer to Bobby Rowan who hails from nearby Enigma, Ga., as one of the ‘Deans’ of Georgia politics, as he was the youngest person to ever serve in the Georgia Senate.” She continued, “Rep. Sims served District 169 and the people he deeply cares about for 18 years.  Although there is a generational difference between the two men, they obviously respect each other.”

In the discussions that followed, Sen. Rowan emphasized that 1) “likeability” of our public officials is important;   2) the people know who is a “good” person; and 3) the people can create change by exercising their right to vote. He specifically said that the students were smart and that they could make a difference by voting.  Mr. Sims used the flag example in Georgia to point out that sometimes the process of compromise takes several efforts to accomplish.

“I was struck by how engaged most of the students were throughout the event. I don’t recall seeing anyone staring at their phone or texting during the evening! Learning about the institutions and mechanics of government in a college classroom almost never conveys the personal nature of actually serving in government,” said Mr. Pridemore. “To hear Sen. Rowan and Rep. Sims discuss in detail some of the difficult and controversial issues they dealt with added a dimension of reality that we seldom replicate in the classroom. In my classes the next two days after the event, students were enthusiastically discussing some of the specific issues that our guests spoke about, such as voting for the death penalty or changing the state flag. Exposure to the reality of difficult choices and votes really resonated with them.”

Chuck Sims served in the Georgia House of Representatives from 1997 to 2015, representing District 169. Rep. Sims served as chair of the Intragovernmental Coordination Committee and was a member of the committees of Higher Education, State Planning and Community Affairs and Ways and Means during his tenure.

Bobby Rowan ran a successful campaign for the Georgia Senate in 1962 and was the youngest senator at the time. He served as secretary of the Rules Committee and was also a key figure in sponsoring the Mental Health Bill of Rights and the Special Education Act. Sen. Rowan was appointed by Governor George Busbee to the Board of Human Resources, where he served for eight years, and then to the Children’s Youth Commission by Governor Joe Frank Harris. Rowan retired from public service in 1994. 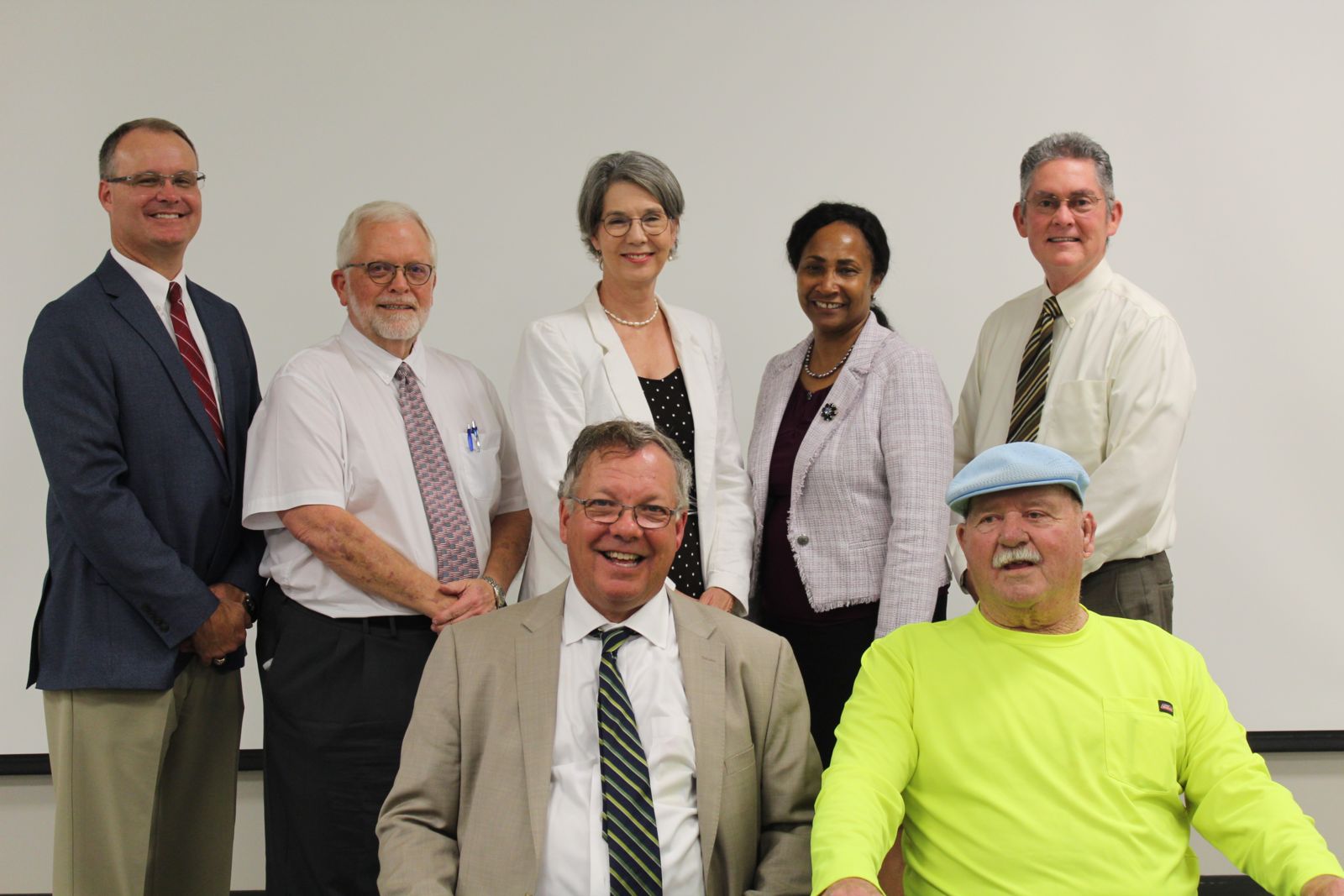