The South Georgia State College Hawks defeated Tallahassee Community College 11-6 on Sunday, February 28, 2021, after taking the lead late in the game. The game was tied at four when Matt Warren singled on a 3-0 count, scoring two runs in the bottom of the seventh.

The Hawks tallied five runs in the eighth inning. South Georgia State batters contributing to the big inning included Hunter Goff, Logan Roberts, and Warren, all driving in runs in the inning.

South Georgia State saw the ball well today, racking up 16 hits in the game. Carlos Hernandez led the Hawks with four hits in four at-bats. Warren contributed three hits with one being a double. Goff, Roberts, Anthony Calabro, and Adam Echols each racked up two hits. Mason Spivey launched a home run with a long ball in the sixth inning.

Jacob Fletcher started the game on the mound for the Hawks. Fletcher surrendered three runs on eight hits over six and a third innings, striking out six and walking zero. Brock Lewis earned the victory on the hill for South Georgia State. The pitcher surrendered one run on two hits over two-thirds of an inning, walking zero. Luke Cooper threw two innings in relief out of the bullpen. Cooper recorded the last six outs to earn the save for the Hawks. 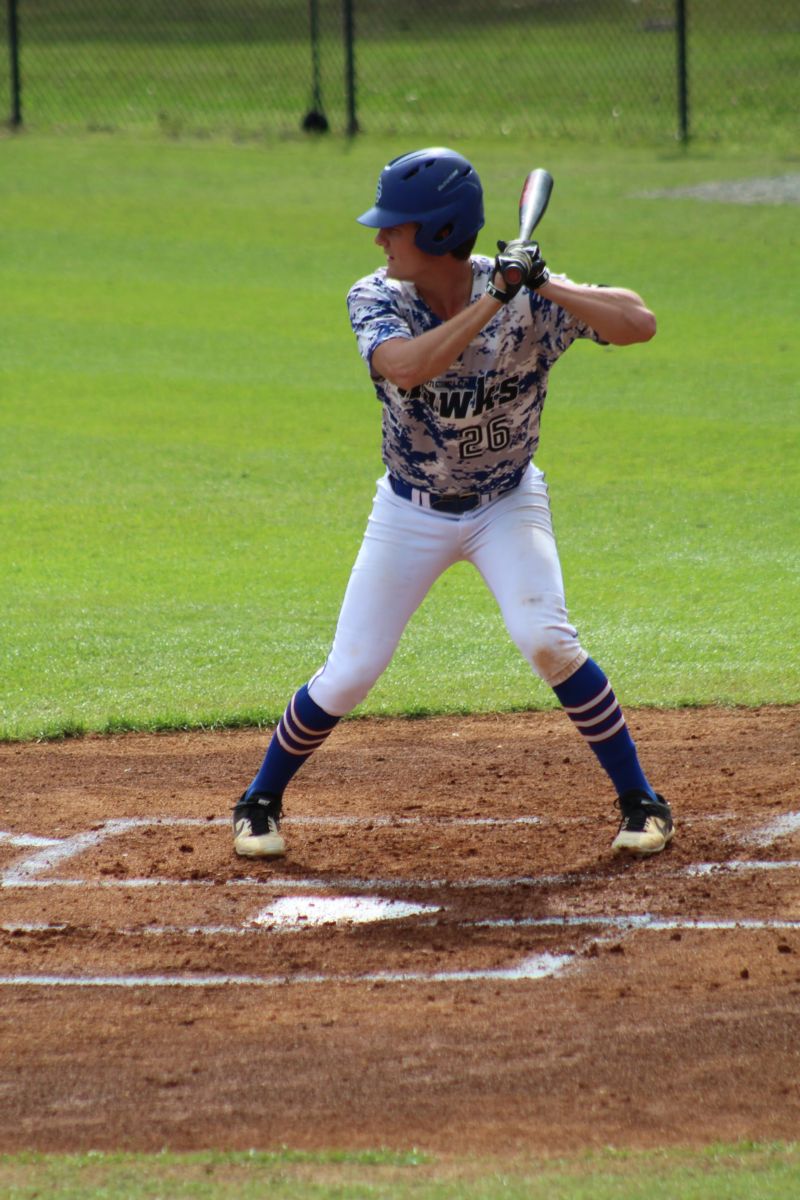 Mason Spivey hit the lone home run on the day in the bottom of the sixth.